Time and again Pietro is gripped by a strange mixture of chaos and calm. Since the death of his wife he has found no peace. Lara died, quite unexpectedly, one summer’s day. Pietro was not at home at the time. He was on the coast, saving the life of another woman, a stranger. His daughter Claudia is in fifth grade at school. One day when Pietro takes his daughter to school, he decides on a whim to wait for her in his car. He does the same thing over the next few days. It is almost as if he were seeking refuge inside his car, sitting there, waiting for the pain of loneliness. Hidden inside his vehicle, he begins to observe his environment and discovers other people’s refuges. His bosses, his colleagues and his relatives all drop round to comfort him. But all they do is tell him about their own boundless pain and then run away from his incomprehensible calm. Nevertheless, Pietro gradually begins to recover. Director Antonello Grimaldi: “The real challenge of this film was spending so much time in one place with my protagonist without allowing myself to get carried away by the feeling of inertia. I hope I have managed to describe the long process of waiting that Sandro Veronese portrays so movingly in his novel – and the confused way in which we modern people deal with grief.” 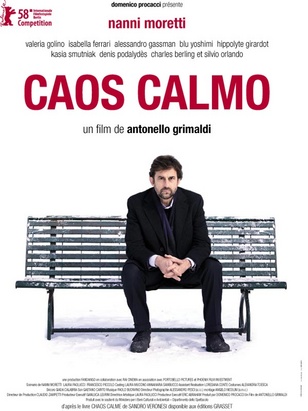