Call Me by Your Name

Mid 1980’s. North of Italy not far from the Garda Lake. The sensitive and cultivated 17-year-old Elio, an only child of the American-Italian Perlman family, is facing another lazy summer at his parents’ villa when Oliver arrives. Oliver is an academic who comes to help Elio’s father, an eminent professor and specialist in Greco-Roman culture, with his work. The visitor will be their guest for the next six weeks during the summer. A charming 24 year old American scholar, Oliver is breezy, spontaneous, handsome, and he’s the kind of person who charms everyone he meets. The meeting of these two young men sets in motion the danger of an unbridled adolescent passion in the setting of the beautiful and languid Italian countryside. 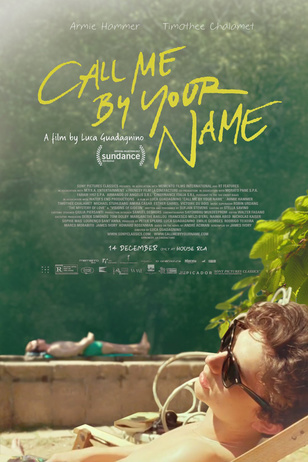