In the teeming, multicultural metropolis of modern-day London, a seemingly straightforward missing-person case launches a down-at-heel private eye into a dangerous world of religious fanaticism and political intrigue.

Tommy Akhtar is a down-at-the-heels London detective who always seems to have one too many problems on his plate. One day Melody walks into his office, like a classic femme fatale. Her friend Natasha has gone missing. Can Tommy help? Should he? 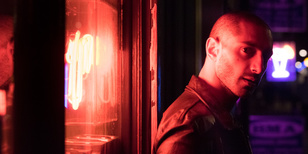