Concerning Violence is a bold and fresh visual narrative from Africa based on newly discovered archive material covering the most daring moments in the struggle for liberation from colonial rule. This powerful footage is combined with text from Frantz Fanon's landmark book The Wretched of the Earth - written in 1960 and still a major tool for understanding and illuminating the neocolonialism happening today, as well as the unrest and the reactions against it.

"Colonialism is not a thinking machine, nor a body endowed with reasoning faculties. It is violence in its natural state, and it will only yield when confronted with greater violence."

"Come comrades, the European game is finally over; we must look for something else. We can do anything today provided we do not ape Europe, provided we are not obsessed with catching up with Europe. Europe has gained such a mad and reckless momentum that it has lost control and reason and is heading at dizzying speed towards the brink from which we would be advised to remove ourselves as quickly as possible." 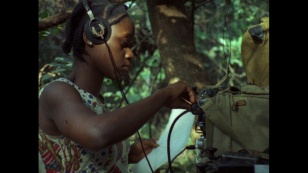