Cartoonist. 42 years old according to his civil status, Jung prefers to place his birth at the age of 5, when a policeman found him wandering alone in the streets of Seoul. He is one of those 200 000 adopted Koreans spread around the world. Jung decided to return for the first time in South Korea, in order to breathe the air of his home country, tread the land of his ancestors, and maybe find traces of his biological mother. This trip of reconciliation with his roots and with himself leads our character to recall – in animation – the child he once was and the winding path that made him grow up. 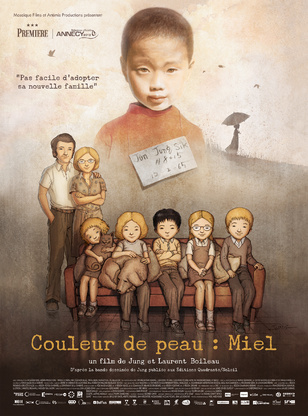