In a disused factory, a Z-grade horror film shoot is in full swing. Jaded technicians, uninvolved actors… only the director seems to possess the necessary energy to give life to this umpteenth low-budget zombie movie. During the preparation of a particularly difficult shot, filming is disrupted by an eruption of the real living dead. In front of the camera, everything looks more-or-less normal. Behind it, the crew is freewheeling to save the film while following their one and only watchword: DON’T CUT! 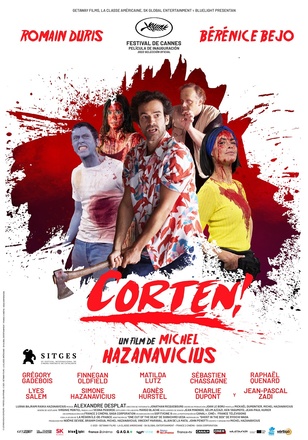