Rodolfo was the only among my uncles who didn’t want to be a blacksmith like my grandfather, he wanted to be a dancer. This is the search of the traces of his life and the discovery that in the Paraguay of the eighties, under Stroessner dictatorship, he was included in one of the «108 homosexual lists», arrested and tortured. Rodolfo’s story reveals a part of the hidden and silenced History of my country. In Cuchillo de Palo two generations get confronted to understand the place each one of us occupies in the world. 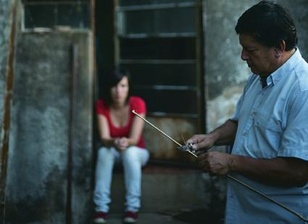