Wrestling in Dakar aka Madame Tyson

A Senegalese 'Rocky' with a soul and great aesthetics, the film follows the endeavors of 5 young Senegalese who, although they are friends, compete to be chosen by a famous female wrestling promoter, to become the next wrestling champion. Mixing love and hate, and hopes, disillusions and convictions, this documentary is an invitation to a colorful, artful journey, and to a reflection on social mobility. All in all, while Africa often evokes images of misery, this documentary project will show that there is hope for its population and that – rather than immigrating illegally – there is now a way to succeed in Senegal itself.

Madame Tyson is a powerful female manager that wants to change her carrier. Thiam and Modou are young Senegalese men that want to become wrestling stars. In surprising way their life will cross each other and change them forever. 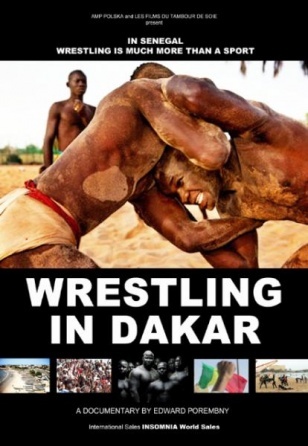