Darling is a world-famous Danish ballerina. After a long absence, she and her husband Frans return to the Royal Danish Ballet in Copenhagen to perform the classic ballet 'Giselle.' She will dance the title role with Frans as choreographer. During rehearsal, Darling collapses in pain. Try as she may to deny it, the prognosis is clear: her hip is irreparably damaged. She will never dance again. Her professional life, her world, is in ruins. But Darling refuses to let go. She decides to train her replacement, a young ballerina named Polly, to make Polly the Giselle she can no longer be. But as Polly becomes the center of attention, of Frans’ attention, Darling’s emotional stability begins to unravel.

Second feature film by Birgitte Stærmose, following the debut 'Room 304' (2011). World premiere at BFI London Film Festival. Stærmose's documentary 'Out of Love (2009) was honoured with a Special Mention at the Berlinale and additional prizes at Rotterdam and Melbourne, among other festivals. 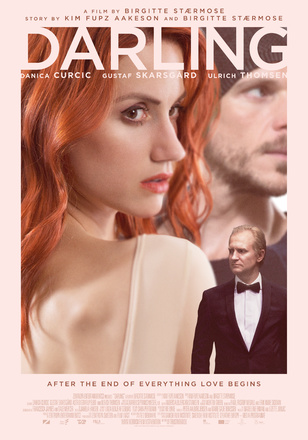