1945. The Allies force the Nazi army to withdraw. What would happen if a war deserter stole a Captain’s identity and started to convince soldiers to join him for a “special mission”? The Hunt begins.

The end of World War II is in sight and the social structure of Germany lies in tatters.  As the Wehrmacht's morale begins to deteriorate and regiments begin to disintegrate, the number of deserters climbs so dramatically that any soldier found separated from his company may be shot as a traitor. Anarchy and arbitrary murder completely replace law and order.

One band of officers hunts down a 19-year-old private – deadly horseplay  more than any kind of organized pursuit.
The private, WILLI HEROLD, bolts through the woods. Desperate, running out of time.

By sheer luck, Herold escapes from his hunters and goes to ground – pursued by the local farmers he steals from to survive and by his fellow soldiers who want him dead – through the bleak and barren moors of the Ems river estuary.
Soaked through, worn out, half starved, and nearly frozen to death, Herold makes a pivotal find: the uniform of some highly decorated Luftwaffe captain.

In the last moments of World War II, a 19 year old private, ragged and starving, steals a captain's uniform. Impersonating an officer he gathers a group of deserters and proceeds to kill and plunder his way through a beaten Nazi Germany. 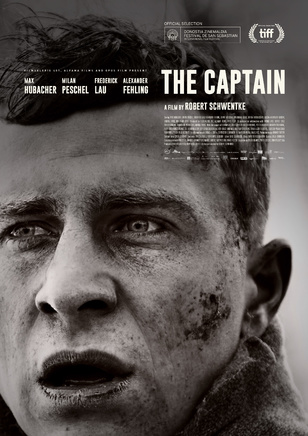