Dirk Ohm - The Illusionist That Disappeared

In mid–winter the German illusionist Dirk Ohm (August Diehl) arrives in the small town of Grong, a place ridden by the disappearance of a young local woman – Maria (Sara Hjort Ditlevsen). Dirk soon finds himself searching for Maria side by side with the villagers; and slowly he falls in love with the missing woman. This fictional story pays tribute to a real character, and to his mysterious disappearance in Grong in the winter of 2003. DIRK OHM – THE ILLUSIONIST is told in a magical and poetic landscape. It challenges our perception of what’s real and what’s not, who we are when we are present and who are we when we are gone. 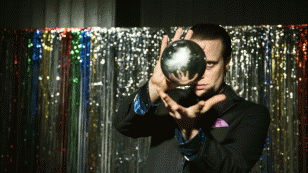