26 people live in the Belgian city of Doel, and they have no plans of moving anywhere. Even if everyone else is busy telling them how hopeless their beloved ghost town is. Vandalised, dilapidated and an ironic destination for urban explorers, car nerds and Dutch techno ravers. Doel is squeezed between an industrial port and a nuclear power station, and since the 1960s the government has regularly tried to raze it to the ground to make space for a container park in the name of globalisation. The school, the shops and even the church have closed, and most houses have either been torn down or abandoned. But the last inhabitants are not giving up. Young as well as old agree to defend Doel to the very end. 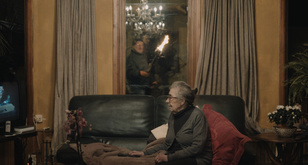