A free adaptation of the popular store, intended to bring this heroic character, as well as the values of the age, closer to a universal audience. The film tells of the thrilling exploits of Rodrigo de Vivar, known as El Cid, the son of a Spanish nobleman educated in the royal court and in the royal court and in love with Gimena, the daughter of the King’s commandant. Despite being a courageous man, he sees how all he has so effortlessly won is snatched away from him in a world of scheming and court conspiracies. 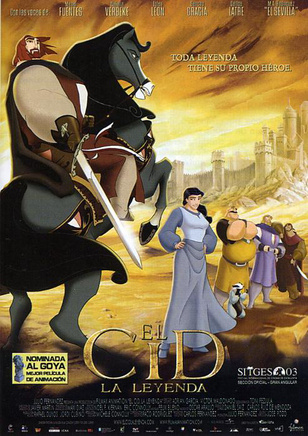