It’s 1937 and Ramon Mercader is a young officer fighting against Franco´s troops in the Spanish Civil War. His mother, Caridad del Rio, is an undercover agent working for the GPU (Soviet Secret Service) who recruits him to be one of the participants in an important undercover mission to assassinate Trotsky, an order that comes directly from Stalin. Ramon is sent to Moscow for training and later assumes the false identity of Jacques Mornard, supposedly the son of a wealthy Belgian diplomat. It is under this guise that he travels to Paris, where he meets the young Trotskyist Sylvia Ageloff. The two soon become lovers. They meet again in early 1940s Mexico, where Trotsky and his family have been exiled and where Sylvia is now working as one of his secretaries. Ramon claims to have fled Europe to avoid the war and the couple soon gets engaged. Sylvia starts preparing her wedding, ignorant of the fact that her position inside Trotsky´s household is being used to obtain information in order to carry out Stalin´s plan. When the first attack planned by the GPU is finally carried out, it fails miserably and they are forced to implement a new plan with a new person to execute it. Ramon is singled out as “the chosen one”, handpicked to carry out Stalin’s orders: the assassination of Trotsky. 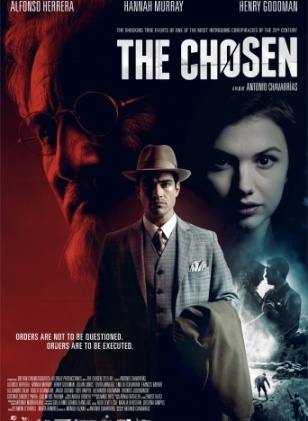