Since the death of his mother, nine-year-old Hodder has been living with his father. Hodder’s Dad hangs posters on hoardings by night and has little time for his son at bedtime. One night, a fairy appears to Hodder. She informs him that he has been chosen to save the world. But how on earth is a nine-year-old schoolboy to save the world? Hodder decides the world is far too big a place to handle and so, in order to carry out his mission, he pores over his school atlas to find the smallest island in the world – Guambilua. Since he will probably need some help on his expedition, he decides that two boys in his class – the cleverest and the strongest – should accompany him. But even this proves more difficult than Hodder had envisaged – one of the boys thinks Hodder’s nothing but a dreamer and doesn’t believe him, whilst the other has enough on his plate on account of his parent’s constant rows. A neighbour, Lola, is the only one who stands by Hodder, who is beginning to think that his mission is just too much to cope with. Just as he begins to lose heart entirely, the fairy appears to him again, encouraging him to do his best, in spite of the fact that his father, his fellowpupils and his teacher all refuse to believe in his mission.Hodder takes heart once more, but then, on the last day of school, his class gives him a particularly hard time and Hodder decides he’s had enough. He runs down to the deserted jetty, where the water glitters and beckons like a silver path, making the trip to Guambilua look like child’s play.Hodder is just about to place his foot on the water’s sparkling surface when he is abruptly pulled back again – it’s Filip, the strongest boy in the class, whose parents are always rowing. He has run after Hodder and is prepared to stand by him. The following night, a messenger appears, ready to take the expedition team to Guambilua. But Hodder and Filip have other plans. 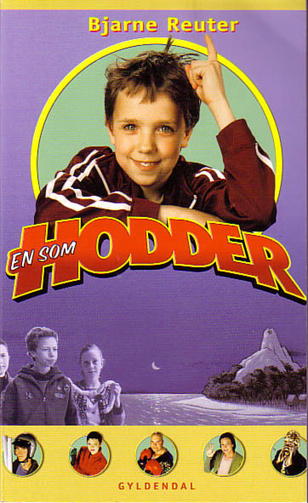