This is the story of the friendship between Ernest, a big bear who wants to become an artist and Celestine, a little mouse who doesn’t want to become a dentist.

Celestine is a young mouse who lives in the underground world of rodents. At the orphanage where she lives, the caretaker tells scary stories about the evil nature of the bears that live in the outside world, though Celestine doubts the stories are entirely true. She loves to draw but must soon study dentistry, the occupation all rodents hold. In preparation, she must travel above ground to collect bear cubs' lost teeth from underneath pillows. On one such occasion, the cub's family catches Celestine in the act and chase her into a trash can where she spends the night. The next morning, a destitute and starving bear named Ernest discovers Celestine and attempts to eat her. When she convinces him not to and leads the way to a cellar full of food, an unlikely bond forms between the two. But as they soon discover, not everyone - above ground or below - is so accepting of their unprecedented friendship. 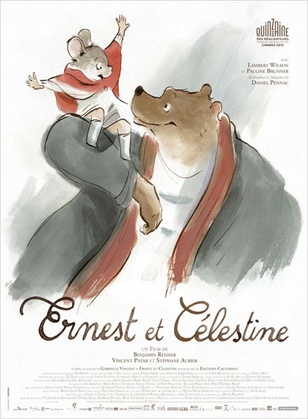