Exit through the gift shop

Exit through the gift shop

“A film about a man who tried to make a film about me” is how Banksy describes his first feature. The British graffiti artist is renowned for producing iconic street art and fiercely guarding his identity to avoid prosecution. Little surprise then, that he was unwilling to be filmed by an eccentric French shop owner named Thierry Guetta. Exit Through the Gift Shop traces Thierry’s attempts to capture the world of graffiti art in thrilling detail, following many of the best known vandals at work in the streets. 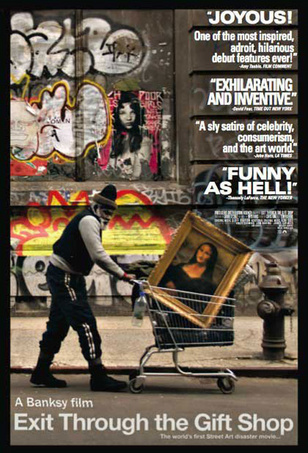