Don Henderson - a corporate executive at Mickey's Fast Food Restaurant chain, home of "The Big One" - has a problem. Contaminated meat is getting into the frozen patties of the company's best-selling burger, and he needs to find out why. Discovering the answer won't be as simple or as clean as he had hoped. Embarking on a journey to the dark side of the All-American meal, he leaves the cushy confines of the company's Southern California boardroom for the immigrant-staffed slaughterhouses, teeming feedlots and cookie cutter strip malls of Middle America. What Don discovers is that this "Fast Food Nation" is a country of consumers ... who haven't realized it is they who have been consumed by an industry with a seemingly endless appetite for bodies, human and otherwise. 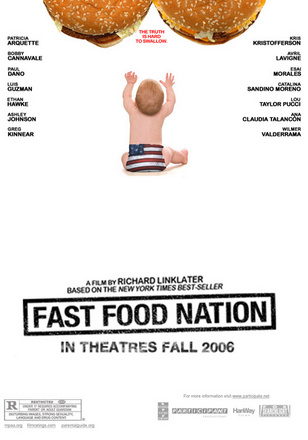