Based on a true story, Meryl Streep stars as a New York heiress who became an opera singer notorious for her lack of singing skills, in this comedy drama from British director Stephen Frears.

The story of Florence Foster Jenkins, a New York heiress who dreamed of becoming an opera singer, despite having a terrible singing voice. 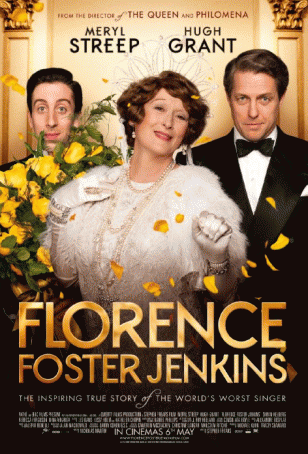