Upstate New York, 1953, a working class neighborhood in a small town. In this violent post-war culture controlled by men, a group of headstrong teenage girls unite into a sisterhood of blood: they form the Foxfire gang, a secret female-only society, recognized by the flame tattooed on the back of its members’ shoulders. “Foxfire” for pretty foxes, but also for fire and destruction. Legs, Maddy, Lana, Rita and Goldie cannot accept any longer to be humiliated and discriminated against for being poor, and being girls. Headed by the feisty Legs, the girls set on a trip for revenge, and try to pursue their impossible dream: living according to their own rules and laws, no matter what. But there’s a price to pay… 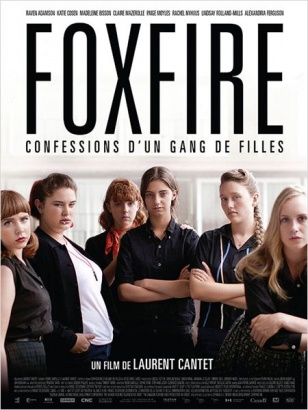