Sigmund Freud is the central character of a new series developed by ORF, Satel, Bavaria Fiction and Netflix. It will be the first collaboration of ORF, which will premiere the series in Austria, with Netflix, which will take it to the rest of the world.

Almost eighty years after the death of the father of psychoanalysis, Robert Finster embodies a Sigmund Freud in his thirties, tanned by professional crises, which we will not see on the couch doing analysis, but looking for a murderer without respite. The world is not prepared for its theories until in the dark alleys of the turn-of-the-century Vienna a conspiracy of murder is born that takes it to the most hidden corners of human consciousness with two allies: the medium Fleur Salomé (Ella Rumpf) and war veteran Alfred Kiss (Georg Friedrich). 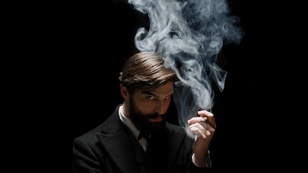