The Grand Hotel is a futuristic tower rising up into the sky on top of Mount Jested, high above Liberec (formerly Reichenberg) in northern Bohemia in the border triangle between the Czech Republic, Germany and Poland. Somebody who has lived here for years is Fleischman. This famous hotel's caretaker is a passionate amateur meteorologist who likes nothing better than to spend his time as close to the sky as possible, measuring the temperature three times a day. To him, the passing clouds symbolise freedom. For if the truth be known, Fleischman feels imprisoned and longs to fly away like a bird and leave everything behind: Liberec, which he has never left in his life, the hotel where he is basically a whipping boy, and his whole miserable existence. A madman would have made wings, but Fleischman is not crazy. Instead, he sews himself a balloon. He would have long since taken off to find his freedom had not Ilja one day arrived on the scene. The shy chambermaid brings his thoughts back to earth. Ilja is already in an - albeit unhappy - relationship with Patka, an arrogant waiter. But Patka is not prepared to give her up so easily, even if she does feel attracted to Fleischman ... This is a love story shot through with history. As Jaroslav Rudi , who wrote the screenplay and the novel of the same name comments: "I myself worked for two years in a 100-year-old hotel in the city where I experienced a lot on a rather subconscious level, as it were. There was a guest book at the hotel containing signatures of all kinds of people from the previous century, from Emperor Franz Joseph to Edvard Bene , from Adolf Hitler to Yuri Gagarin and Karel Gott. You could really feel how history had swept through this hotel and this fascinated me." 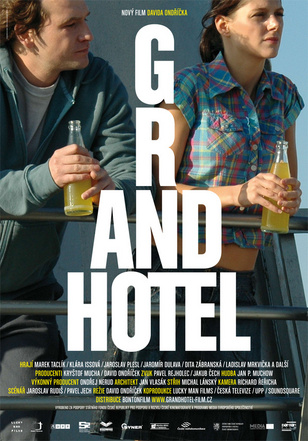