In Love and War

When Esben flees the trenches of WWI, after three years at the front, it's so he can return to his beloved wife Kirstine and son Karl. But everything at home has changed. A charming German Officer, Gerhard, has done everything he can to win Kirstine's heart and replace Esben's role as Karl's father. As Esben's family tries to adjust to his return from the front, the bonds of love and loyalty are stretched to the breaking point. From his hideout, Esben becomes a witness to a horrific nightmare watching his family slowly disappear in front of him as he fights for their love and survival and as he tries desperately to save his family.

Feature debut by Kasper Torsting. The historical drama opened at Hamburg Filmfest and won the award for Best Nordic Feature as well as the audience award at Santa Barbara Film Festival. Apart from directing documentaries and commercials, Torsting recently created the TV series 'Ø' for Canal+ in France. 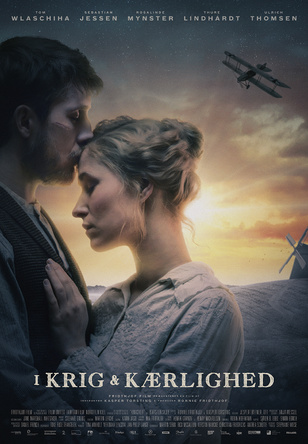