A unique insight into a year in the life of the last remaining primary-age boarding school world of Headfort, focusing on the notion of children held "In Loco Parentis".

A year in the life of two passionate and inspiring teachers (one of music, Latin and math, the other of literature) working at the only boarding school in Ireland for children ages 7 to 12. Headfort School, a huge building set in idyllic surroundings, is their life. John and Amanda Leyden met there in their twenties, married and have since lived their lives on the school grounds. The current headmaster, a passionate and progressive teacher himself, is a former student of John’s. In addition to teaching, John and Amanda serve as mentors, inspirations and surrogate parents for the children. Their workdays are long and they are both getting on in years, so the couple starts making cautious preparations for the end of their tenure at Headfort. But will they be able to live without the school? Filmmakers Neasa Ní Chianáin and David Rane follow the goings-on in the school in fly-on-the-wall style, to poignant, unpredictable and surprising effect. 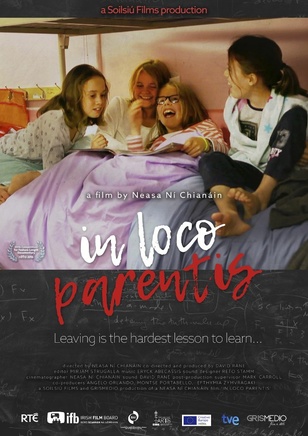