Gena is under no illusions about his situation: growing up without parents, receiving an "education" from his criminal uncle, initial protection money rackets in the wake of privatizations in the crumbling Soviet Union, later international drug dealing. His enemies are numerous but not easy to recognize; "life is short, the greater part of it already over". Although there is only a small chance that Gena will be able to trade in his nomadic existence between Asia and Europe for a "normal life", he takes the plunge anyway. A frantic chase across Europe thus ensues. Heading west, presumably towards the sun. 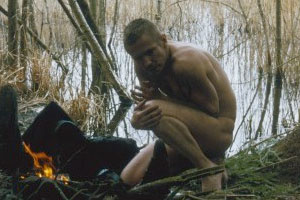