“Cinema is a battlefield” (Samuel Fuller). The “battlefield” is the Recchi’s home. Mirrors, flowers, money and coldness. Emma and Tancredi, their children, Elisabetta, Edoardo, Gianluca, their companions and fiancés, the grandparents, the lineage and future generations, amidst the rooms and corridors, snow-covered gardens and spacious kitchens in Villa Recchi, they all celebrate, the handing over and succession in the running of the family business and reinforcements. Progressive reinforcements of roles that are increasingly appalled by the awareness of class distinction, the great Lombard industrial bourgeoisie. Alien to that world, the young cook Antonio, who is little inclined to compromise, condenses emotions in dishes that have no right to be in the family cuisine. Emma and Antonio are two figures who do not fit in in the universe they are part of. Passion takes them on a collision course. Breaking all ties and placing them both in direct contact with nature. It is from here that Antonio finds the inspiration for his creations; it is here that Emma has taken her distance and created a new identity. The price to be paid is exorbitant. There is only one possibility for redemption: love.http://www.antenamediacat.eu/genbnet/authentication/Form.php?cm_id=246 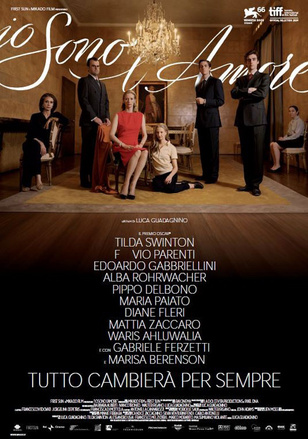