Aurore may not get the best marks, but she’s certainly not dumb. She has a keen way of observing and commenting on her surroundings – on her parents, the boys, her French teacher and herself too. Defiantly stubborn, Aurore tests the boundaries and discovers in the process that she can let off steam with music and that she is not actually ‘frigid’. The film is based on the popular French trilogy of adolescent novels “Le journal d’Aurore” and features Catherine Hiegel and Alex Lutz. 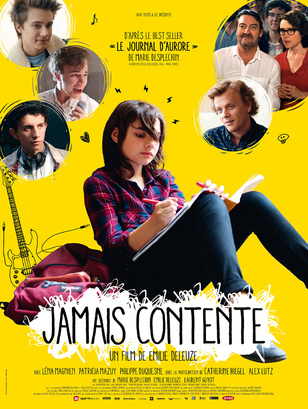