Michel has decided to stop smoking, though it won’t prevent him from dying. He knows that. It’s inevitable. And it’s his mother’s entire fault. By giving him life, she also gave him death. Since he’s decided to put the family house for sale and to move his mother to a retirement home, he’s started to lose huge amounts of hair and a strange lump has appeared on his chest. Those symptoms remind him of his mother’s breast cancer. From now on, Michel is certain of it: he’s done.  And it’s precisely the moment Aurélie chooses to dump him taking half of the furniture with her.  She can’t stand him anymore. And to be honest, she was almost whishing for his death. 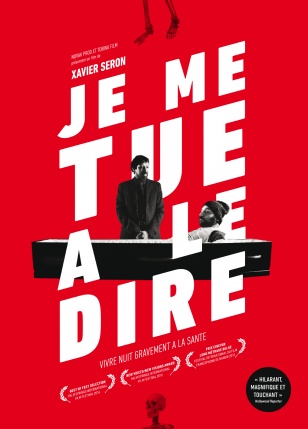