NOWHERE IN EUROPE is a documentary exploring the effects of the European refugee policy experienced on four Chechnyan refugees and their families.

"As Salam Aleikum, Europa“ – these are the first words in Ali`s diary, which the former journalist writes while he is waiting for a decision on his asylum status in Poland. He has plenty of time to write down his observations and thoughts about Europe and his own identity crisis, while sitting in his smoky room in the refugee home.

Wacha (50) has been granted asylum status in Austria as a political activist, but his son is persecuted in Russia. He will try everything to bring him to Europe.

Tamara (55) is living in Vienna with her husband and daughter. Their disabled daughter desperately needs medical attention, but the family is under constant threat of deportation.

Ruslan (33) is stuck in the Ukraine without legal documents or money. He is hoping to bring his family to Western Europe in the near future.

Each of the protagonists had to flee Chechnya, because their lives were at risk. As refugees in Europe they encounter new problems while confronting state bureaucracy. How can I prove who I really am? That something really happened to me? And, furthermore, does anybody even care?

Over the period of one year, the author follows the main characters presenting an intimate glimpse of their search for a new home in Europe, successfully portraying their hopes, fears, and desires. 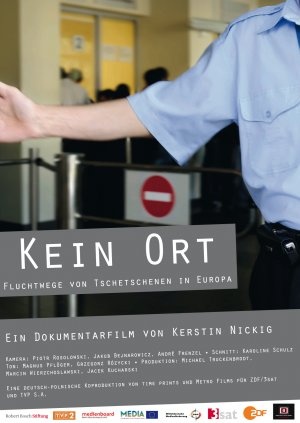