Warriors from the North

Abukar, a Somali, lives a life at the very bottom of the Danish society. His son, Mohammed, has joined al-Shabaab in Somalia, perhaps to avoid a life like his father's. Abukar now fears that Mohammed will be the next suicide bomber to carry out his mission, a fear that seems very reasonable, as two out of the seven Danish-Somali men recruited together with Mohammed have already become "martyrs". One carried out a suicide attack at a graduation ceremony for doctors in Mogadishu killing 24. The other attempted an attack at Mogadishu's airport, but failed to kill anyone but himself and two UN soldiers. A fourth young man from this terrorist cell, "The Shadow," got away just in time. "The Shadow" is the narrator of this film. 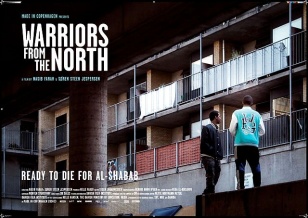