A scene from the war: Because his brand of cigarettes is sold out, Serbian army officer Todor hurls abuse at Muslim kiosk owner Haris. The situation escalates when soldier Marko intervenes and manages to save Haris, but is then beaten to death by his own comrades. Twelve years later – the war is now over – the incident casts a long shadow over the lives of all of those involved. We reencounter them in Belgrade, where Todor, badly injured in an accident, ends up on the operating table of doctor Nebojša, a friend of Marko; in Halle, where Haris now lives and works; and in Trebinje, where Marko’s father is rebuilding a church. Marko’s father wonders if his son died in vain or whether his death might create the sort of rippling circles that form when a stone is cast into water. In the end, this tightly woven story based on real events becomes itself a circle, finally returning to its own beginning. The camera records the same scene from a different perspective and thus provides clarity. Yet the questions of guilt and forgiveness, of responsibility, heroism, and justice that the film raises in the process cannot be resolved with anything like the same ease. 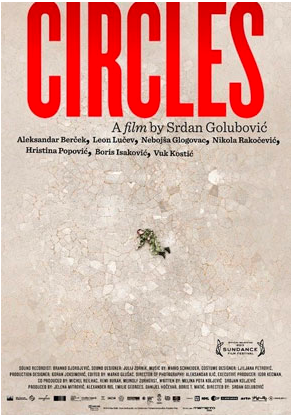