At the port of Sète, Mr. Slimani, a tired 60-year-old, drags himself toward a shipyard job that has become more and more difficult to cope with as the years go by. He is a divorced father who forces himself to stay close to his family despite the schisms and tensions that are easily sparked off and that financial difficulties make even more intense. He is going through a delicate period in his life and, recently, everything seems to make him feel useless: a failure. He wants to escape from it all and set up his own restaurant. However, it appears to be an unreachable dream given his meager, irregular salary that is not anywhere near enough to supply what he needs to realize his ambition. But he can still dream and talk about it with his family in particular. A family that gradually gives its support to this project, which comes to symbolize the means to a better life. Thanks to its ingeniousness and hard work, this dream soon becomes a reality...or almost.... 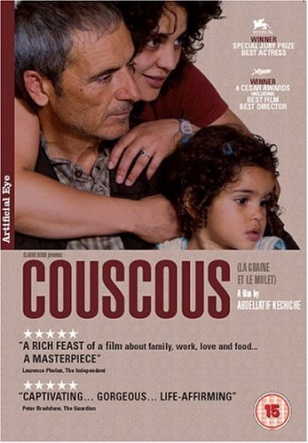