Indifferent and seductive, Rome offers itself up to the astonished eyes of tourists; it is summer and the city shines with a beauty that is elusive and definitive. Jep Gambardella is 65 and his character emanates a charm that time has not ravaged. He is a successful journalist who flits between culture and the high life in a Rome that never ceases being a sanctuary of wonder and greatness. Behind the decadence and decay of reality, the city continues to preserve a hidden and sometimes desperate beauty. 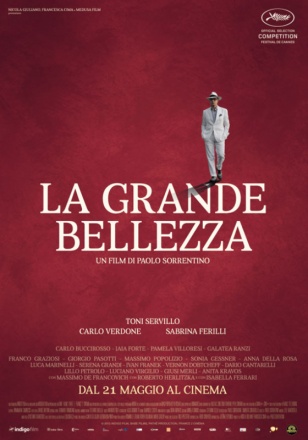