She was tiny and tender, but her private life was marked by extraordinary tragedy. Edith Piaf (1915–1963) conveyed French identity to the rest of the world as had no other singer before or after her. Known internationally as the “sparrow of Paris” her voice was in fact strong, expressive and passionate. Her international fame rests on the astounding success of songs like “La vie en rose”, “Non, je ne regrette rien”, “Mylord” and many others, 30 of which are to be heard in this film. Edith Piaf’s life was one long struggle. Left by her street singer mother at an early age, she grew up with her paternal grandmother, who ran a brothel in Normandy. Edith Piaf suddenly went blind between the ages of three and seven; legend has it that she regained her eyesight after the prostitutes working for her grandmother undertook a pilgrimage to Sainte Thérèse de Lisieux. She later went to live with her alcoholic father, only to leave him at the age of 15 to go and sing on the streets of Paris. In 1935 Edith Piaf was discovered by a nightclub owner named Louis Leplée who convinced her to sing, in spite of her fear of performing, and gave her the nickname – “La Môme” Piaf, or little sparrow – that she was to retain for the rest of her life. She released her first album during the same year, and her magical voice soon turned her into an international star – on both sides of the Atlantic. Her passionate affairs and her friendships with famous contemporaries such as Yves Montand, Jean Cocteau, Charles Aznavour, world boxing champ Marcel Cerdan and Marlene Dietrich meant that her private life was often in the public eye. Flights of fancy and moments of happiness alternated with drama and tragic falls. And everyone knew that it would only be a matter of time before the “sparrow of Paris” burned her wings… 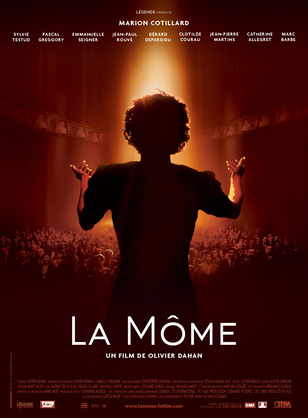