Beatrice is a blabbermouth and a so-called billionaire countess who likes to believe she’s in intimacy with world leaders. Donatella is a young quiet tattooed woman, locked in her own mystery. They are both patients of a mental institution and subject to custodial measures.
Paolo Virzì’s new film tells the story of their unpredictable friendship and their escape from the treatment constraints that will become an hilarious and moving adventure of two technically insane creatures, looking for a bit of fun and love in this open-air nuthouse, the world of healthy people. 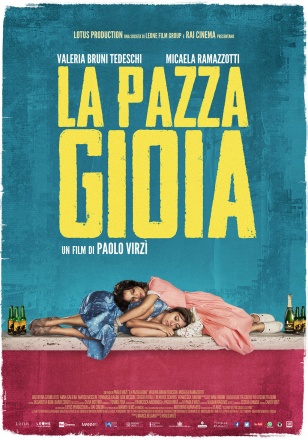