Iurie, a champion wrestler from Moldavia, has recently moved to a town on the outskirts of Barcelona. He gets up before dawn to go work in the fields for Raul, a 40-year-old farmer who owns a plot of land squeezed in between the industrial parks and the highway. They regularly run into Maribel, a prostitute in her fifties who has been working there for about twenty years. Maria lives near Raul’s fields, and she is already very old. She needed someone to help her with her housework, so that’s how she met Julieta, a 34 year-old Colombian girl. In midsummer the bean crops in the area are attacked by a whitefly plague. If hard rains don’t begin to fall, the whole crop could be lost. “The Plague” is a story of people living on the outskirts of the city, at the edges of the system, subject to forces beyond their control. Only by breaking through their isolation can they begin to view their lives in a different perspective. 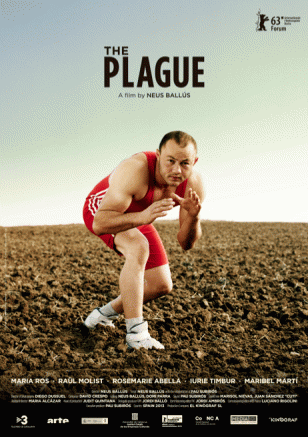