The story of the Michelucci family, from the nineteen-seventies to the present day: the central character is the stunningly beautiful Anna, the lively, frivolous and sometimes embarrassing mother of Bruno and Valeria. Everything begins in the Summer of 1971, at the annual Summer beauty pageant held at Livorno’s most popular bathing establishment. Anna is unexpectedly crowned “Most Beautiful Mother”, unwittingly stirring the violent jealousy of her husband. From then on, chaos strikes the family and for Anna, Bruno and his sister Valeria, it is the start of an adventure that will only end thirty years later. Bruno ends up living in Milan after managing to escape from Livorno and his mother. He will return to his hometown at the end of the film to be at his mother’s side during her very last days. 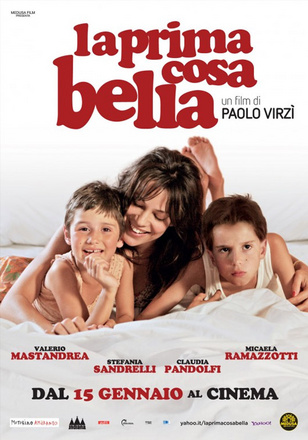