The milk of Sorrow

Fausta suffers from ''The scared breast'', a strange illness that is transmitted by mothers who have been raped or mistreated during their pregnancy or nursing period. The children of these women are inevitably infected by their milk and inherit a terrible atavistic fear. Fausta's illness manifests itself in the form of haemorrhages or bleeding during moments of crisis or extreme tension.
Fausta also keeps a secret that she won't reveal until her mother's death unleashes a series of unexpected events that will change her life. 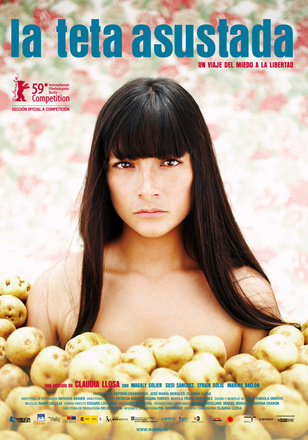