The secret life of words

An isolated spot in the middle of the sea. An oil rig, where all the workers are men, on which there has been an accident. A solitary, mysterious woman who is trying to forget her past is brought to the rig to look after a man who has been temporarily blinded. A strange intimacy develops between them, a link full of secrets, truths, lies, humour and pain, from which neither of them will emerge unscathed and which will change their lives forever. A film about the weight of the past. About the sudden silence that is produced before a storm. About twenty-five million waves, a Spanish cook and a goose. And, above all else, about the power of love even in the most terrible circumstances. 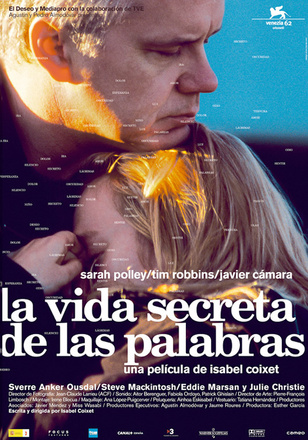