Two suitcases, a schoolbag, a cuddly toy – that’s all Nelly Senff and her son Alexej take with them to start their new life. A Volkswagen stops in front of their house in East Berlin. Nelly is nervous. The year is 1978, it’s summer, three years after Wassilij’s death. Nelly’s boyfriend and Alexej’s father died in a car accident in Russia. Since he is dead, Nelly wants to leave, too. Away from the GDR, to leave the grief and the memories behind. To get a fresh start. That should be possible in the West, or so Nelly believes. When she leaves, when she gets into that car, she wears a floral dress. But over there, in the West, she doesn’t know anybody. The first place of refuge for emigrants, the cramped emergency camp in West Berlin is her only shelter. And the place, where her past will catch up with her: The western secret services are asking for Wassilij. Nelly has to decide if she lets the trauma of the past destroy the future she had in mind for her and her son. 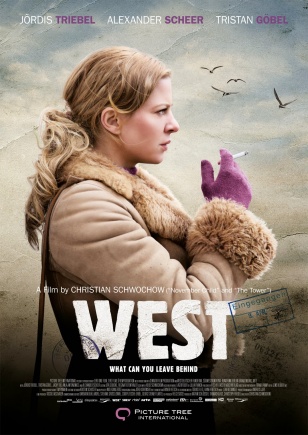