Atletico Pabarile, the lamest team in the Sardinian third league, is humbled, as it is every year, by Montecrastu, the team led by Brai, an arrogant wheeler-dealer who is used to vexing Atletico´s peons because he is the biggest landlord in the area. The homecoming of young Matzutzi, who had emigrated, thoroughly shakes up the season, and Atletico Pabarile starts winning one match after another, thanks to the prowess of its new undisputed champion. The film cuts back and forth between the story of the two teams and the rising international career of Cruciani, an ambitious referee at the highest echelons of his profession, as well as the subplot in which two cousins playing for Montecrastu are involved in a feud linked to the archaic codes of sheep breeding. Matzutzi succeeds in winning the heart of Miranda, the daughter of the blind trainer Prospero, while Cruciani gets involved in a corruption scandal which will land him the gutter: he is caught red-handed, in fact, and sentenced to be exiled to the hell of the Sardinian third league. 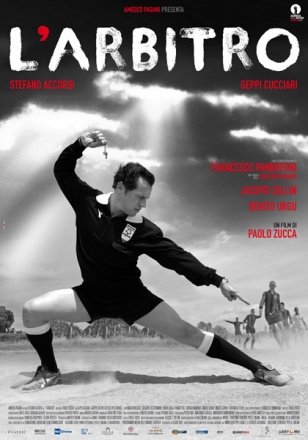