An Opera from the Indian Ocean

In the wings of the opera "Maraina" voyaging between Reunion, Madagascar and... Paris, the film combines history and oral memory to recount the story of the first settlers of the Indian Ocean islands.

Written by a Reunion-born composer, “Maraina” is the first opera to be created in the Indian Ocean region: the story of ten Malagasy and two Frenchmen who landed on this pristine island in the mid-17th century. The film traces the cast's journey to the place where it all began - Fort-Dauphin, in southern Madagascar - where they perform for an audience that has never before seen an opera.

This musical road movie, which explores the Europeans' discovery of the Indian Ocean, is a poetic and profoundly human experience.

AN OPERA FROM THE INDIAN OCEAN Trailer from laterit productions on Vimeo. 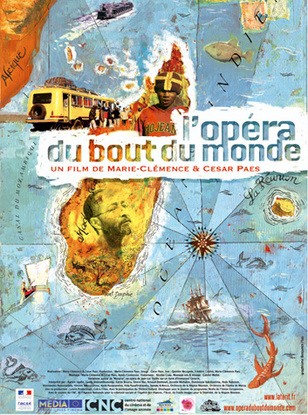