Gemma Atwal's dynamic epic follows four-year-old Budhia, rescued from poverty by Biranchi Das, a larger-than-life judo coach and operator of an orphanage for slum children in the eastern Indian state of Orissa. When Budhia displays an uncommon talent for long-distance running, Biranchi nurtures his gift, heralding him as a folk hero for the impoverished masses, and maybe even for India itself. But after golden child Budhia breaks down during a world-record 65 kilometer run at the age of four, public opinion begins to turn on the guru and his disciple, and soon the two are swept up in a maelstrom of media controversy and political scandal. Following Budhia's roller-coaster journey over five years, Marathon Boy is a Dickensian tale of greed, corruption, and broken dreams set between the heart-racing world of marathon running, the poverty-stricken slums, and the political intrigue of a modernizing India. Nothing is what it seems in Budhia and Biranchi's story, and Atwal continually shifts viewer identification to tell both a shocking story of opportunism and exploitation, but also a touching portrait of an authentic bond between a parent and child. 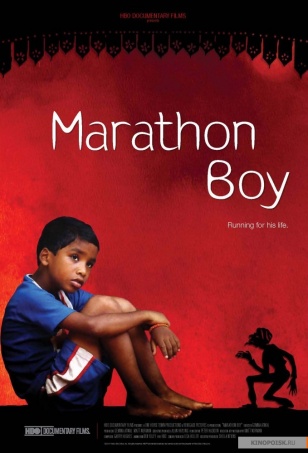