After saving Arturo, a young scion of the industrial middle class, from a beating, the sailor Martin Eden is invited to the boy's family home. Here he meets Elena, Arturo's beautiful sister, and falls in love with her at first sight. The cultured and refined young woman becomes not only the object of Martin's affections but also a symbol of the social status he aspires to achieve. At the cost of enormous efforts and overcoming the obstacles represented by his humble origin, Martin pursues the dream of becoming a writer. Under the influence of the elderly intellectual Russ Brissenden, he gets involved in socialist circles, bringing him into conflict with Elena and her bourgeois world. 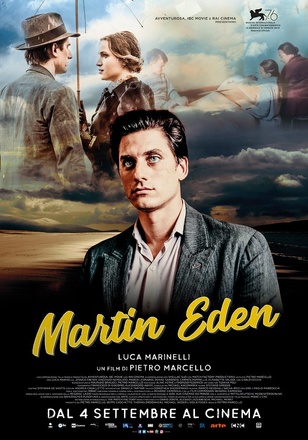