My Life with Carlos

On October 19th, 1973 Carlos Berger Guralnik was killed in the Chilean Atacama Desert alongside 70 other political opponents by Pinochet‘s “Caravana de la Muerte” (Death Convoy). Carlos’s body has never been found. His family’s memories are all that is left of him. Thirty years the Chilean director Germán Berger Hertz, Carlos‘ only son, goes on a moving filmic journey to trace the life and death of his father. Berger Hertz meets and unites his dependants, which fled into Canadian exile, to finally confront the pain and loss.
The mother of the director has played an important role in Pinochet’s prosecution regarding the death convoy; a political agenda which aimed at totally extinguishing the lives, traces and bodies of its opponents. Therefore, the reconstruction of every single life is also an effort to reconstruct a part of Chilean
history. Through a very insistent visual language, the film shows how whole family structures have changed and how taboos have been sustained for centuries. Alongside a rousing personal search the atrocious history of a country becomes tangible and solidifies through exclusive private archive material from the Pinochet Era. The strength of the film is to discuss repeating political topics (like the Pinochet dictatorship from 1973 to
1989) in novel and unseen ways, and to use letters as a form of narrative to expose the conflicts and juxtaposing actions of the characters affected.
MY LIFE WITH CARLOS is meant as a film against the “crime of permanent execution”, as it is said in the judicial parlance. Until today there has not been a closing clearance of the events, there has not been an accusal and Carlos body has not yet been found. And forgetting is the true success of brute force.
The story of family Berger, their long lasting try to overcome a tragedy, reflects the fate of a whole country. Germán Berger- Hertz accomplishes this in telling an emotional, unforgettable and due to the continuing regeneration process very actual film. 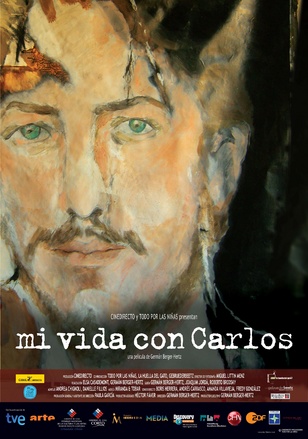