Anna is a secretary. Recently, the company where she works has been taken over by a multinational. At the firm’s get-together, the company employees all have a drink to celebrate the merger. Anna is the only employee who is not greeted personally by the new director – but she doesn’t think anything of it.However, this bagatelle turns out to be just the beginning of a process that makes Anna’s working life hell. At first her colleagues’ attitude towards her is barely noticeable but, before long, Anna is convinced that their merciless behaviour is part of some kind of a conspiracy to engineer her dismissal. And so, for example, Anna suddenly finds herself sitting alone at a table in the canteen during lunch breaks, or she notices that nobody seems to want to drink a cup of coffee with her in the morning, or that the desk at which she is used to working has “mistakenly” been assigned to somebody else. And then, one day, Anna’s brief is changed; all of a sudden she is required to handle the kind of tasks she did when she first started her job, such as spending hours next to the photocopier – an utterly mindless activity. Moreover, whenever she asks to be put to better use, her requests are met with nothing but insults. Anna is a divorcee and a single mother. She and Morgana have always got on well. Or at least they did up until now. Then, all at once, Anna collapses and, under the pressure of constant humiliation, she has a nervous breakdown and falls ill. From this point on, she stops worrying about Morgana – although her friend could just perhaps be the key to finding a solution for the whole situation... 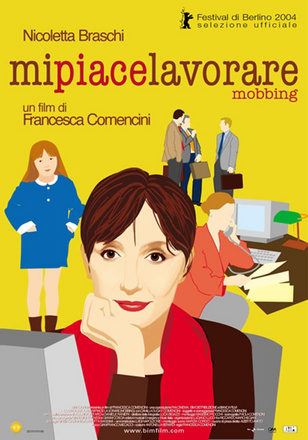