Cesar works as a super in an apartment building. His job allows him to get to know all the tenants very well; actually, if he wanted to, he could even control their lives, have an influence on them as if he were a God, open old wounds and pour salt on them. And all this without arousing suspicion. Clara, the new, cheerful neighbor on the fifth floor, becomes his main target. Jaume Balagueró –the King Midas of local genre movies– directs this film of cold tones and psychological horror. Luis Tosar –another King Midas, of interpretation in this case– brilliantly plays the role of César, a gloomy man, a threat lurking in the shadows. 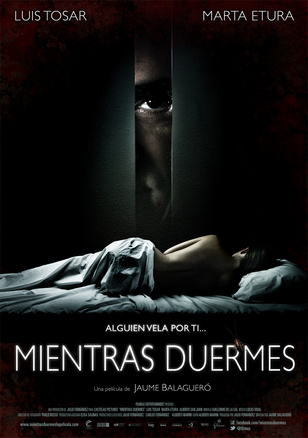