Angered by his age and the fear of death and oblivion, Jacob Kaplan embarks on an epic, memorable and quixotic adventure to give meaning to his life. His unusual project pursues the goal to capture a quiet and elderly German man, who, he is convinced, is a runaway Nazi.

Jacob Kaplan lives an ordinary life. Nothing differentiates him from his other Jewish friends who fled Europe to South America because of WWII. Turning 70 has had a strange effect on him: he refuses to accept he is getting old.

Grumpy, fed up with the new rabbi, his community and his family’s lack of interest in its own heritage, he embarks on an unusual and quixotic project: to capture a quiet and elderly German man, the owner of a run-down beach restaurant, who, he is convinced, is a runaway Nazi.

Ignoring his family concerns about his health condition, Jacob secretly recruits the help of a more loyal than honest former police officer named Contreras. Together, they will try to emulate the historic case of Adolf Eichmann’s capture, to unmask and kidnap the German man and secretly take him to Israel. This way, he hopes to recover his family’s pride, dignity and prestige in the community.

His journey triggers a number of curious situations, characters and events that all lead to a surprising and unexpected conclusion. 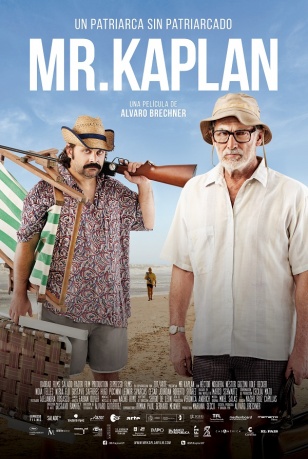