Nine-year-old Kiek is full of energy and adores her father. When her father, a doctor, is traveling to war areas to help people, Kiek starts to worry. He could get sick, have an accident or run in to a bullet. To reduce the chance that something happens to him, she does funny things; she needs a dead dog and a dead mouse. Kiek doesn't know anyone her age who has a dead mouse, a dead dog and a dead father. Therefore, it becomes a small chance.

Based onm the award-winning book "A Small Chance" Marjolijn Court 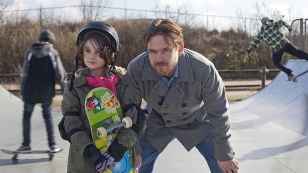