Peter Von Kant, a successful, famous director, lives with his assistant Karl, whom he likes to mistreat and humiliate. Through the great actress Sidonie, he meets and falls in love with Amir, a handsome young man of modest means. He offers to share his apartment and help Amir break into the world of cinema. Several months later, Amir becomes a star. But as soon as he acquires fame, he breaks up, leaving Peter alone to face himself. 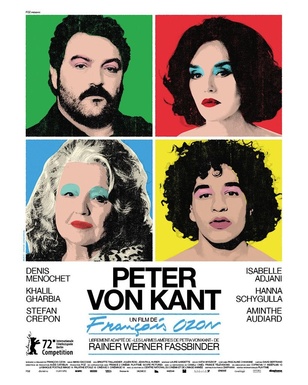 Call for proposals Distribution (Films on the Move)